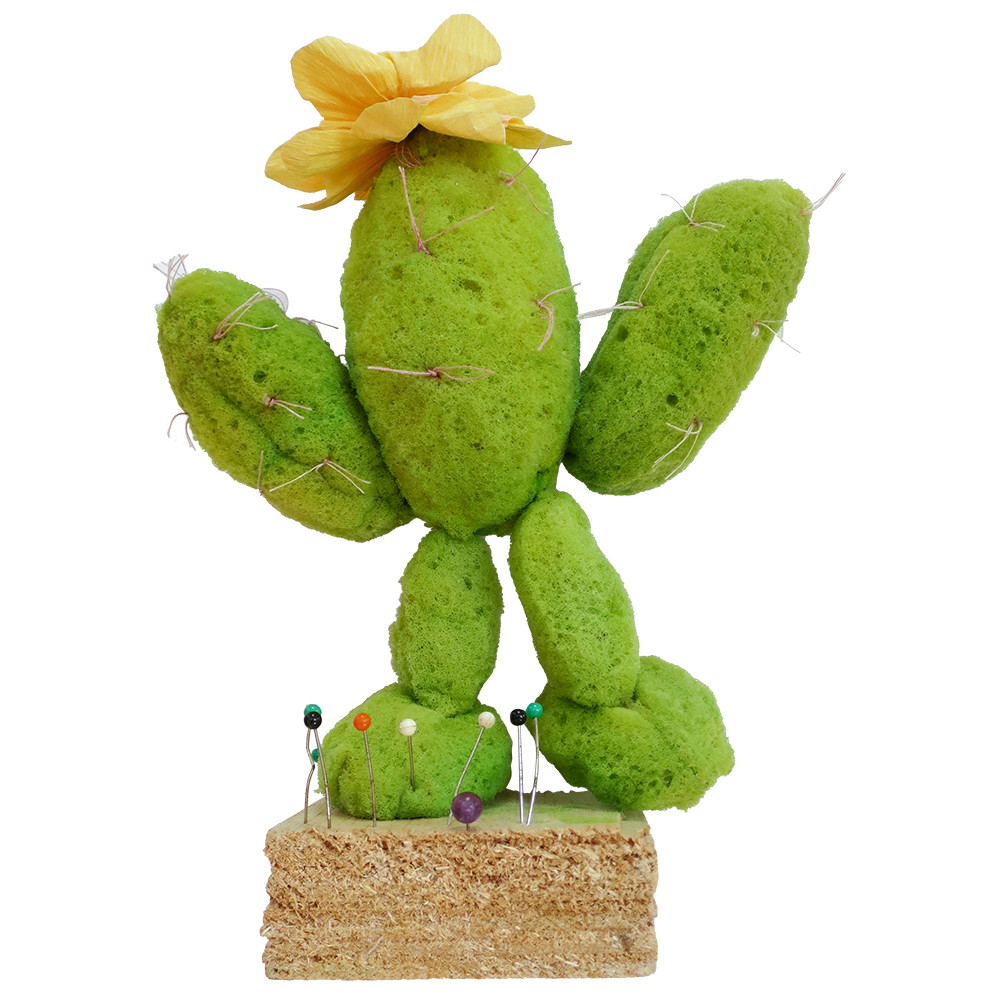 It was praised for having a 'extremely realistic walk'.

I made this in the animation course classroom at the RCA in London, 1997. There was an assignment in the animation course for ‘walking’ where we could either draw pictures or make a puppet, so I chose to make a puppet of a cactus that was a character I often used in those days. We learned about the basics like the types of wire used to make puppets and about wrapping deerskin around the legs. It was also possible to ask technicians in the school’s workshop to make screw holes in the legs to anchor the puppet. Surrounded by gifted classmates at the RCA and struggling with English I was kind of a dropout, but when I animated this puppet it was praised for having a ‘extremely realistic walk’.

“This film can makes me feel like I'm from a different era.”
‘introspection’ 16mm film and film can / Maya YONESHO “I was studying in London the same year as the London Olympics.”
Teddy bear / Marie NOHARA