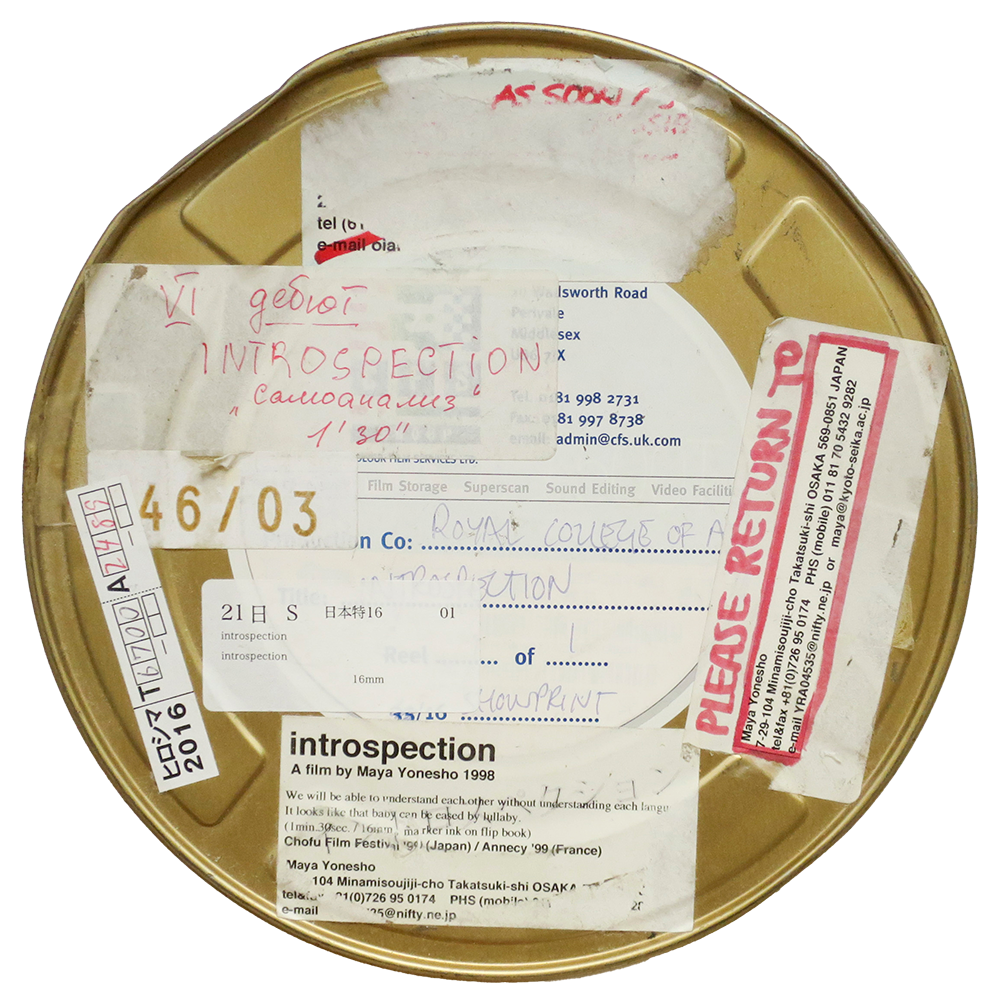 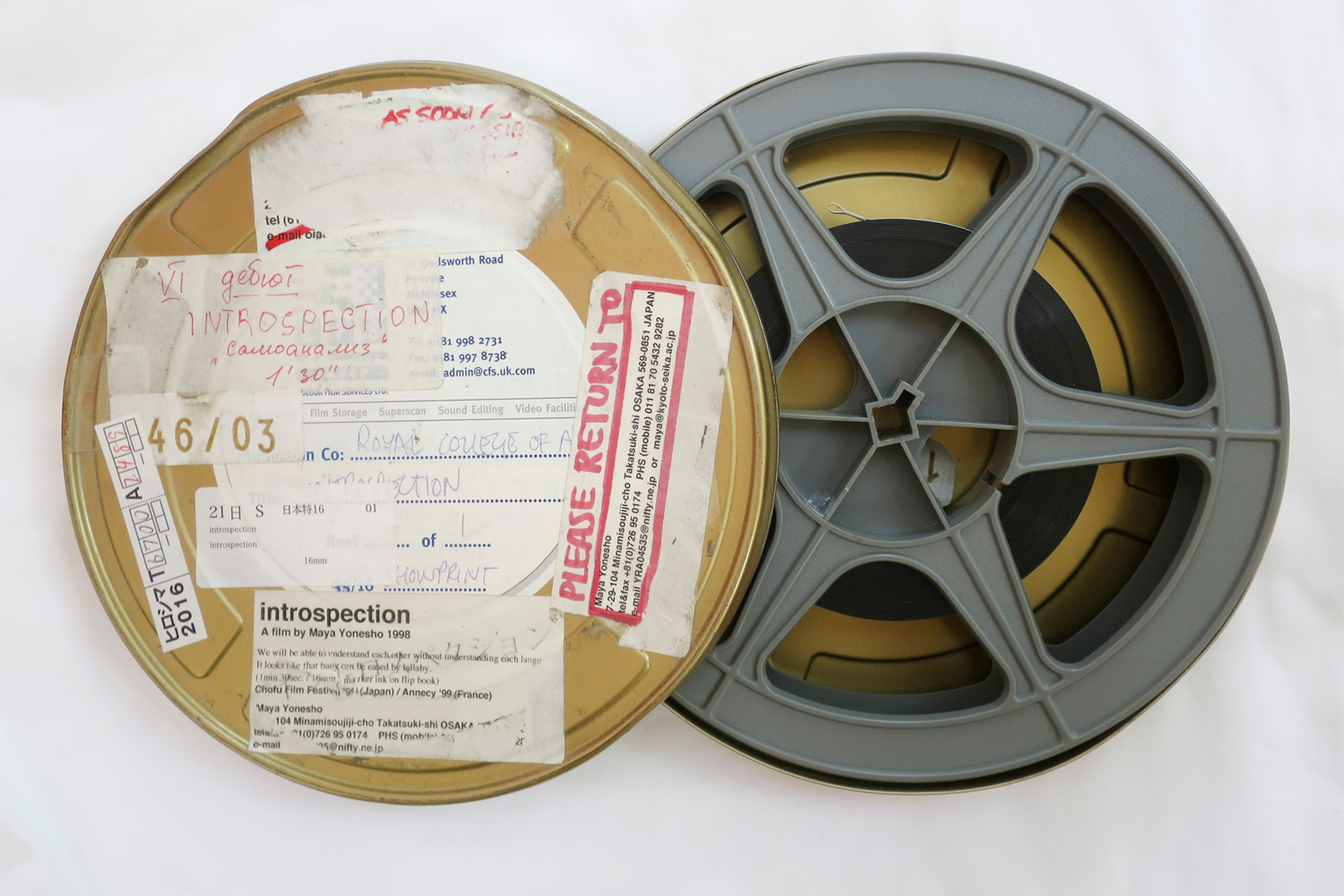 This film can makes me feel like I'm from a different era.

‘introspection’ 16mm film and film can

I shot this film in the animation course studio at the RCA and developed it in a London laboratory in 1997. I used to shoot video with my own (Hi8) video camera at the KCUA, but I was able to use 16mm film at the RCA. This one and a half minute animated film is a single take, shot by moving the set frame by frame. The first time I didn’t notice that the set had shifted wrongly, the second time I didn’t notice that the film had run out, but finally, the third shooting was a success. Fortunately this film was shown at many film festivals, and the film can travelled to many countries, giving it the look of an old suitcase.
Nowadays with digital technology we can check how the footage looks right away and send the data to film festivals instantly; this film can feels like it’s from a different era.

“I can follow my heart and pursue my 'why'.”
Artwork / Chieko YAMATO “It was praised for having a 'extremely realistic walk'.”
Puppet for animation / Maya YONESHO